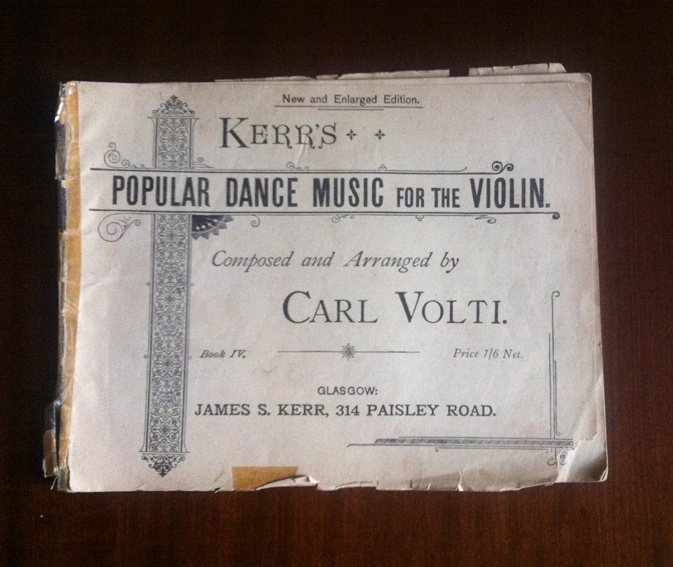 As researchers and lovers of the mystery and history of Scottish fiddle music we rightly privilege the great collections of the so-called ‘Golden Age’ of the eighteenth and early nineteenth century. So many tunes that make up the Scottish fiddle canon can be be traced back to first publication there and we always like to refer their provenance as a mark of pedigree and measure of the durability of the Scottish tradition. It is great to see that the great heritage of such publications is, at last, receiving systematic analysis through The Scottish Fiddle Index, the Bass Culture project, Ronnie Gibson’s research and other initiatives.

However, the classic collection were produced in relatively short editions (I speculate) and were expensive affairs produced for a relatively small and elite group of musicians. If we wish to understand fiddle music as actually played today and within the recent past, we must recognise that the musicians receiving our attention only rarely learned and played their music directly from these early editions. Those who did so were exceptional, individuals who deliberately sought them out in libraries, archives and private collections. Accepting that most fiddle/violin players in Scotland played and learned from both the printed page and by ear to varying degrees, it is important, therefore, to consider ust where they took their written music from.

From the mid-nineteenth century onward publishers began to issue less expensive anthologies of violin music at prices starting from as little one penny. This was enabled by new, industrialised printing processes, inexpensive papers and efficient distribution methods. 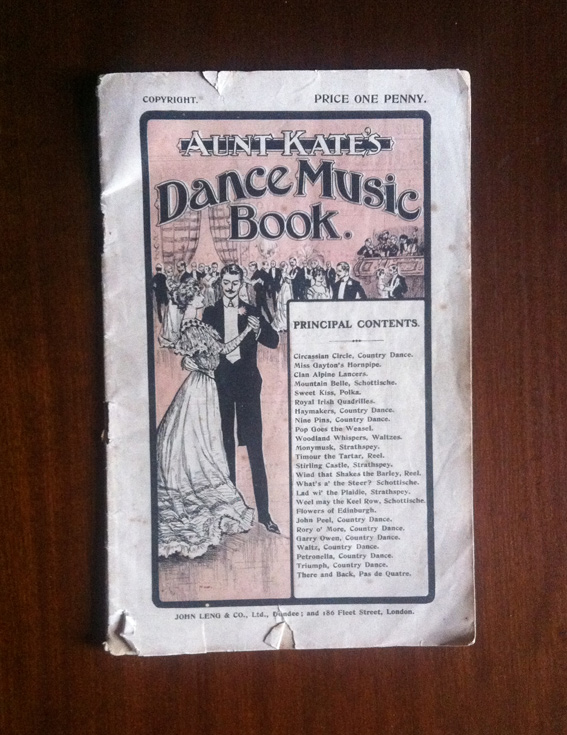 By the 1870s there was a parallel explosion of ownership of musical instruments encouraged by mass production, importation from European manufacturing centres, efficient mail-order and purchase on easy terms. This boom was sustained by improved housing conditions, increased disposable income, enhanced leisure time and new opportunities for learning and communal music making. 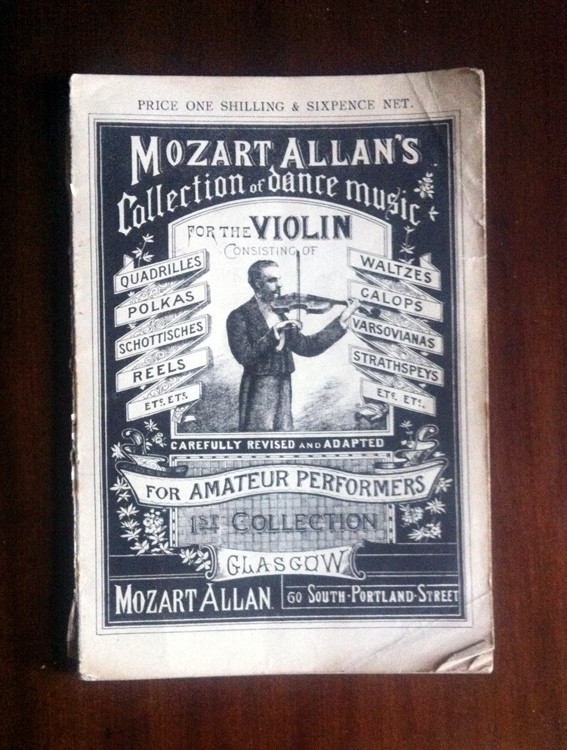 Scotland was a key player in this new wave of popular publication and Glasgow was clearly a major centre with James Kerr, Cameron and Co., Mozart Allan and others. By this time the new collections included modern watzes, mazurkas, marches, polkas and other tune types along with jigs, reels and strathspeys and traditional airs recast for quadrilles and other new dances. Many collections also included musical primers and tutors catering for the new and self-teaching instrumentalist. The success of this output, which has never been studied in great depth (I did look at this area in my work on the free-reed instruments) can be measured by the fact that many editions were still in print well  into the twentieth century.

From our twenty first century, post folk revival viewpoint we look back on such publications as marginal to ‘authentic’ Scottish music culture. However, I would suggest that it was to these modest and accessible books that the majority of amateur players of the late nineteenth and early twentieth century turned on a day to day basis and that if we are to truly understand Scottish music as was played and heard in the twentieth century then we should give due attention to them as essential sources. 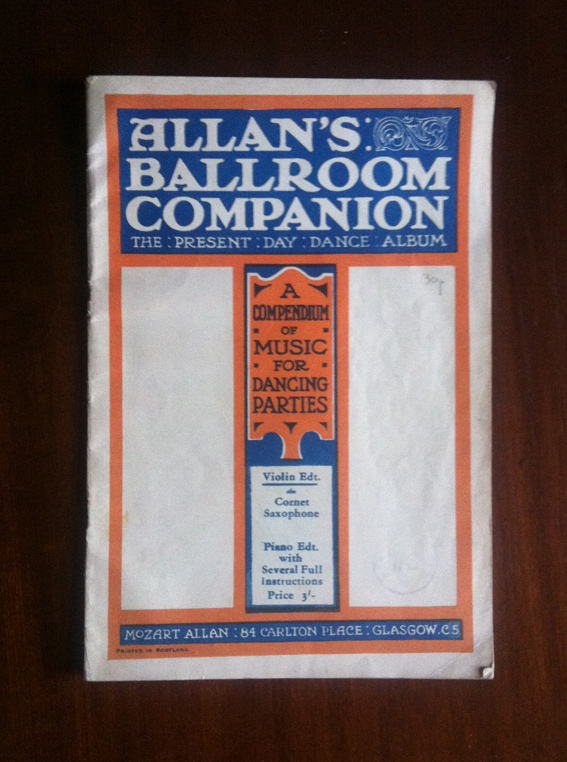 Of course, other, more ‘substantial’ collections of Scottish fiddle music were being issued, such as James Scott Skinner’s Scottish Violinist and others but, from the perspective I propose, these should be viewed as exceptions rather typical. They were, in part, a  reaction to the popular books as their compilers saw the need to offer more ‘genuine’ selections of fiddle music. That said, even Skinner, with all his ideological commitment to developing a new modern Scottish fiddle voice, was not averse to arranging and publishing collections of popular and continental music too.

I will look at popular publishing again in due due course but meanwhile wonder what others think.