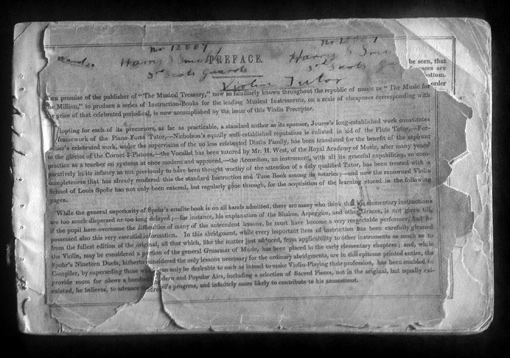 I came across this battered violin tutor in a second-hand bookshop in London. It appears to have been used, if not owned, by a soldier, Harry S. Smith of the Scots Guards. As it is marked ‘Ward 20’ I wonder if he was a war casualty who passed some of his time in convalescence learning to play the fiddle. A Google search tells me that the 3rd (Reserve) Battalion was formed at Chelsea Barracks in August 1914, though would not see service abroad, would remain in the UK for the duration of the war, and was disbanded in 1919. Perhaps a military historian might wish to follow this up.