This study “Presentations of borderline personality disorder in the UK press: A corpus-

assisted discourse analysis” has been presented on the 5th May 2017 as an invited speaker talk at the “Cross Disciplinary Perspectives on ‘anti-social personality disorder’: Antisocial Personality Disorder (ASPD) in Context” seminar series in London (Funded by the ESRC).

An initial analysis of frequent key words indicated that discourses were highly gendered with significantly more references to women than men – “her” (23,820), “she” (22,539) vs. “he” (11,382), “his” (9,691), which is consistent with women being associated with borderline personality disorder (Becker, 1997). Women’s identities were often described through familial relationship – “her mother” (871), “her daughter” (591), “her family” (567), “her son” (470) and “her father” (405) – and women’s ownership status was restrained to simplistic existential themes – “her life” (1,179), “her death” (860), “her problems” (124). Suicide was more frequently reported in relation to women – “took (119), take (94), end (32), taken (40) her life” or “jumped (56) to her death”, compared to men. Women are also more often reported of having killed their own mother – e.g., “killed (46), stabbing (39), killing (23) her mother”, whereas in men, mothers were implicitly or explicitly blamed – e.g., “his mother was jailed”, “his mother was an alcoholic”, “his mother was largely to blame”, which alludes to parental conflicts as the cause of developing borderline personality disorder (Whalen et al., 2014). Although early parental losses and trauma were reported in both women and men, women were found to have continuous parental dependencies and conflicts – “her parents did take her back into their home”, “was thrown out of her home by her own parents”. In relation to the immediate home environment, women were also passive victims of others’ coercive or destructive behaviour – e.g., “she was taken from her home”, ”she was raped on her way home”.

In summary, the results of this initial semantic analysis showed that newspaper articles present stereotypical gender-based differences of borderline personality disorder, which reinforce public’s negative ideologies towards mental illness and may also interfere with clinical perceptions. 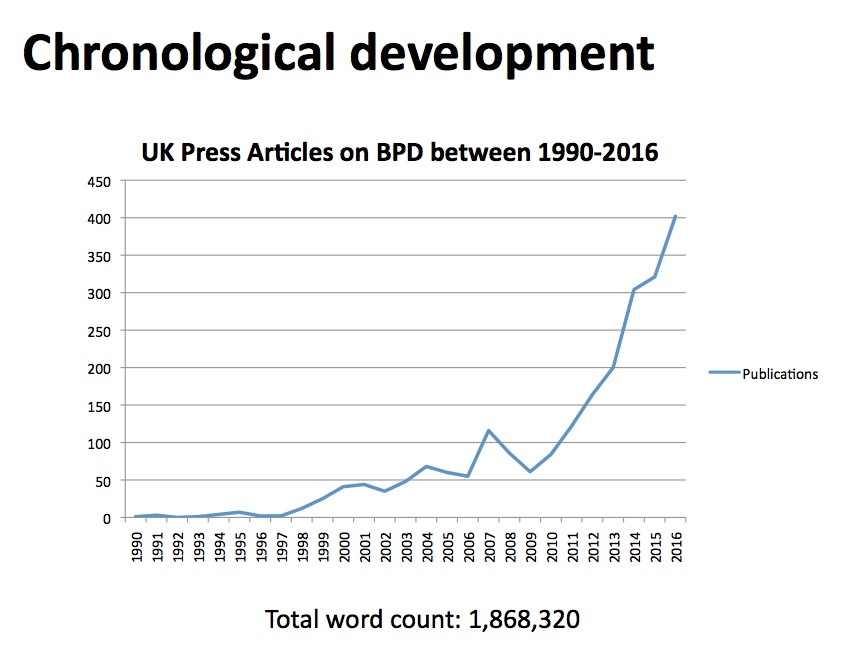 Many adult content websites incorporate social networking features. Although these are popular, they raise significant challenges, including the potential for users to “catfish”, i.e., to create fake profiles to deceive other users. This paper takes an initial step towards automated catfish detection. We explore the characteristics of the different age and gender groups, identifying a number of distinctions. Through this, we train models based on user profiles and comments, via the ground truth of specially verified profiles. Applying our models for age and gender estimation of unverified profiles, we identify 38% of profiles who are likely lying about their age, and 25% who are likely lying about their gender. We find that women have a greater propensity to catfish than men. Further, whereas women catfish select from a wide age range, men consistently lie about being younger. Our work has notable implications on operators of such online social networks, as well as users who may worry about interacting with catfishes.

The first paragraphs of her book chapter

Boys’ Love (BL) is an umbrella term for a cluster of genres originating in early-1970s Japanese popular culture which portray male-male sexuality largely by and for women. BL incorporates, with variable and often subtle differentiation, yaoi, shonen-ai, and – possibly – female-oriented, male-male shotacon. The characteristic media in which BL appear are manga, anime, illustrated light novels, and computer games. However, BL dojinshi – non-professional, but often highly polished productions – are also sold, traded, and uploaded to the internet. Since the late-1980s BL has gained a worldwide audience and commercially translated products are available, as are fan-translated manga, fan-subbed anime, language-patches for games, and original work in different languages.